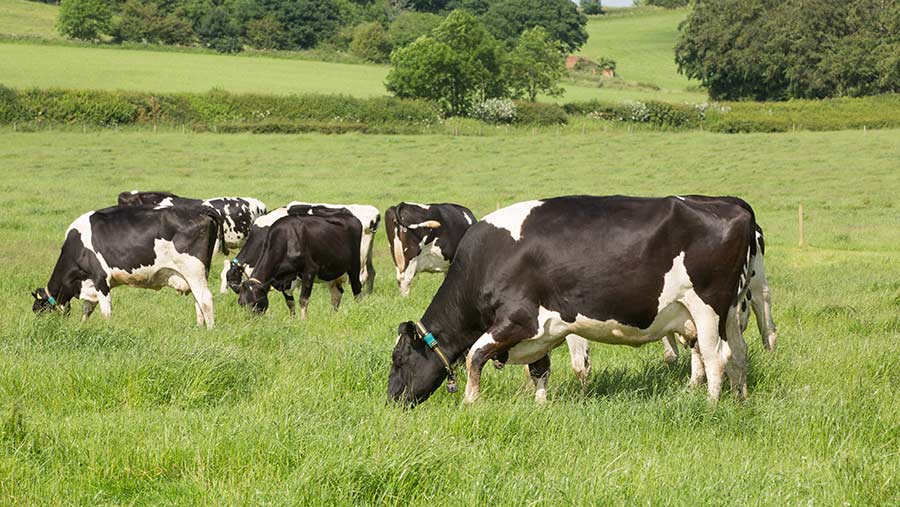 Most Scottish dairy farmers believe that cows should graze for at least part of the year, according to new research.

The findings of the “Cows eat grass, don’t they?” (PDF) study examined the attitudes of people working in the dairy industry towards outdoor and indoor dairy production systems.

The survey found that 19% of Scottish dairy farmers housed their cows all year round, while 68% thought cows should graze for at least part of the year. More than half (51%) agreed that animal welfare was better if cows grazed.

Many industry stakeholders said they were sceptical about labelling dairy products “grass-fed”, as this could potentially be divisive. However, farmers generally viewed this as a marketing opportunity.

Lead researcher Orla Shortall, based at the James Hutton Institute in Scotland, said the dominant industry view was that for animal welfare, economic, or environmental outcomes, management was more important than differences between outdoor and indoor dairy farming systems.

Some of the reasons farmers gave for preferring cows to graze were primarily linked to their experience working with cows outside – and did not necessarily equate to negative views about indoor dairy farming.

“They liked letting the cows out in spring, they liked being outside in nature and some of them had the view that their cows liked to graze,” added Dr Shortall.

The debate around grazing or year-round housing systems has been reignited in recent weeks following a segment in a BBC Countryfile programme which visited a zero-grazing dairy farm system in County Down, Northern Ireland.

Animal rights campaigners insist that dairy farmers should allow their cows, including young cattle, to have year-round outdoor access, for their own welfare.

Although they are two different systems, Mr Mitchell said both had a clear focus – the production of high-quality milk and the highest animal welfare standards.

“Not only do we demand high standards as primary producers, but we are aware our milk buyers and the consumers demand these same high standards, and it is important we continue to deliver on this principal,” he added. “My neighbour and I also share a common belief on getting the benefits from grass production, the primary difference being I chose the option to zero graze, a system that suits my herd well.”

The research, carried out from 2018 to 2021, involved a survey of 254 dairy farmers in Scotland, analysis of 38 documents, and interviews with 25 key stakeholders – from government, industry, charities and research – and 21 British dairy farmers.